The past two weeks have been just crazy for me- the awesome kind of crazy! Last Thursday I interviewed two mamas from Tukwamuane (TWG) kitchen (APYN's first and oldest yogurt kitchen), a street leader from Mabatini (where TWG is located), and Bernard Makachia, the a local economist and business consultant who facilitated workshops on entrepreneurship with the members in March. 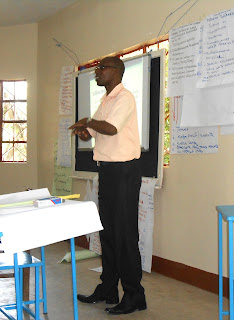 I hadn’t originally planned to interview Mr. Makachia, but after watching him at the conference last month, I knew it would be a missed opportunity not to approach him for an interview. And I am so glad that I did! Our interview took place at his office in Mwanza, in English (thankfully). He had so much knowledge on the small businesses environment in the region, as well as loads of feedback from the workshops pertaining to the challenges and successes of the yogurt kitchen micro-enterprises. For instance, he informed me that there is a fairly equal distribution of population, income, HIV prevalence, accessible transport, and yogurt business competition among the areas in which the ten kitchens are located. In others words, generally speaking, the fact that some kitchens are doing better than others in terms of profit is indicative of internal as opposed to external factors. I won’t go into more detail about our conversation for here, except to say that I think this will be one of my most informative interviews with regard to understanding the criteria needed to make micro-enterprises successful in terms of profit (not necessarily gender impact) in this particular economic/consumer environment.

The interviews with the TWG mamas and the Mabatini street leader were also incredibly interesting and informative. Each lasted approximately an hour and were conducted with the aid of a translator. 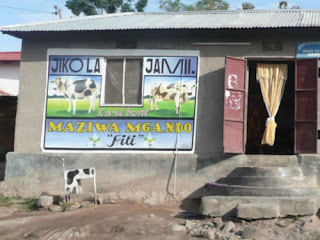 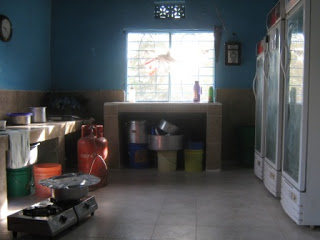 All four of these interviews were conducted in the same day, over the course of about 7 hours. This was hugely exhausting but also allowed me to pick up on themes and connections between each. For example, many of Makachia’s suggestions about what will make the kitchens successful and sustainable in the long term were reiterated by the TWG mamas when I asked them about what has allowed their business to be so successful the past ten years, namely: passion among the kitchen members for the work they are conducting; and cohesion among group members with regard to their understanding and aspirations for their business. The results of my questionnaire also point to the importance of cohesion among group members conceptualizations of their business, as members of those kitchens making the least amount of profit tended to have really inconsistent ideas about the biggest challenges facing their kitchen today, and where they envisioned their business in five or ten years. As Makachia rather eloquently put it: “Members of a business are always tied to one another, so if everyone is moving in different directions than no one can move forward”. Seriously, this man has such a beautiful way with words, I could listen to him talk all day.

Since last week I have conducted interviews at four more kitchens, and will finish up at the remaining five next week. My strategy for scheduling interviews has been to ride along with APYN in the van as they deliver the probiotic to the kitchens on Thursdays and Fridays each week. Once there, I ask Celestine or Abdallah (a new member of APYN staff) to speak with the kitchen members and identify a convenient time for me to return to conduct interviews the following Tuesday or Wednesday. Since it is impossible to schedule anything over the phone or further than a few days in advance, this system seems to be my best option and is working well so far. In order to ensure that the members remember when I am coming, I have been jotting down our interview date and time on Middlesex community calendars that my mom brought with her last month, and then giving them to the kitchens as gifts to hang on their walls. The calendars are also really fun since I have gotten to know the members personally at this point, and they love seeing pictures of where I come from. The calendars were created by my mom’s credit union as part of their United Way campaign, so there is a photo of her on the last page. As soon as I show the member’s her photo and explain that “this is my mom”, they automatically assume that everything else in the calendar is from my life as well- so now the Glencoe train station must be my house, and the small children eating ice cream must be my children. The conversation that ensues is pretty funny and occurs at literally every kitchen!

I have also been taking photos of the kitchens and the members when I go to conduct interviews. I have (what I think is) this really cool idea of creating an interactive map of Mwanza to link on the APYN and WHE websites. Here, users will be able to click on a kitchen location and see photos of the mamas, of the kitchen, stats on the members and the micro-enterprise garnered from my questionnaire (such as opening date, average age of members, average number of dependents, most common uses of income earned from the kitchen, quotes on personal/community impact, etc.). This would allow users (and potential donors) to understand that the kitchens are each unique enterprises, run by unique individuals, each with different stakes in ensuring the success of the yogurt program for themselves, their family and their community. I think it is also important for donors to be able to see exactly where and to whom their money is going. I also hope to include this map as reference within the electronic version of my dissertation. Kinda cool, right?

Anyways, as you can tell, things are going really really well here. I feel like I am actually going to accomplish everything that I set out to do, and more! It is hard to believe.

In fact, things are progressing so quickly that I have decided to come home a little bit earlier than planned! Yay! As things currently stand, I will be finished all my work here by May 3rd, which according to my original flight schedule, means that I would basically be sitting on my hands for three weeks. Instead of paying rent and bills needlessly, I put the money towards changing my flight itinerary to leave Mwanza on May 14th. So in less than three weeks I will be home in bed, cuddling with Buster and eating Ketchup chips! I know, that’s THE dream. 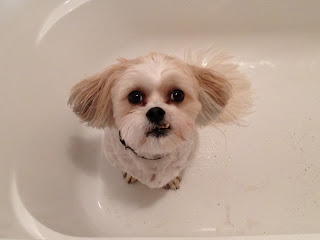